Rodrigo Villalobos got the call early in the morning. In the cold summer night, Adrián Mu?oz, a goat farmer living in the small town of Cuncumén, heard his dog barking frantically. Outside, he discovered a puma prowling around his herd, and his dog ready for a confrontation. As Rodrigo drove though Chile’s Choapa Valley to reach Adrián’s mountain home, he feared the scene that might await him. But when he pulled up to the farm, he was greeted by the panting Anatolian shepherd, Correcampo, and his smiling owner.

Adrián is a farmer participating in the Andean Cat Alliance’s (Alianza Gato Andino, or ‘AGA’) Conflict Mitigation Program. Since 2015, this initiative has provided farmers with guard dogs, like Correcampo, to protect their livestock from carnivores; this safeguards their livelihoods and reduces hostilities between humans and native predators. After a five-month training period that helps the dogs bond with goats, Rodrigo, AGA’s coordinator for the program, brought Correcampo to Adrián’s farm. The main perpetrators of livestock predation are pumas, feral dogs, and culpeo foxes, but a farmer’s vengeance can be indiscriminate. Because livestock are so essential to farmers, they will take great measures to defend their herds. This can include targeting innocent carnivores, like the rare and endangered Andean cat.

Due to their elusive nature, many locals were simply unfamiliar with Andean cats or mistook them for other wild cats. This is why AGA’s work to raise awareness about the species is so critical. Andean cats are too small to prey on livestock, but because they are wild cats, they can fall victim to retaliatory killings sparked by the actions of larger predators. Within the last four years, AGA has recorded multiple cases of Andean cats killed in retaliation for lost livestock, three of which were mistaken for puma cubs. The number of Andean cats killed is likely underestimated as some farmers that kill wild cats cannot correctly identify them as Andean cats, and since these killings are illegal, they often go unreported. 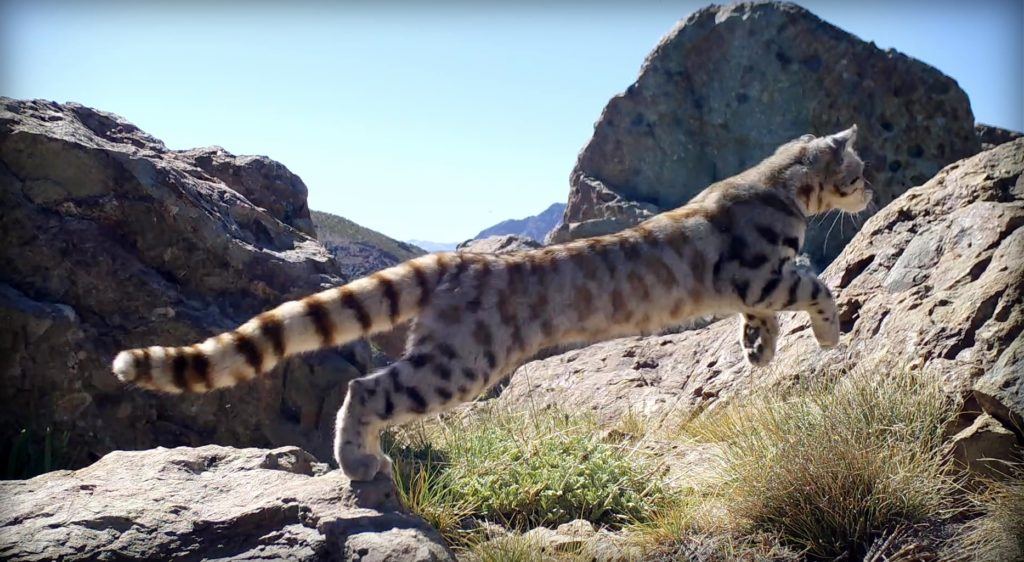 Andean cats can fall victim to retaliatory killings from farmers after larger carnivores have preyed on their livestock.

AGA also utilizes fortified corrals and motion sensor lights as deterrents, but the dogs are the true backbone of the program. When the puma attacked Adrián’s herd, Correcampo fearlessly defended his goat family, sustaining some light injuries while fighting off the big cat. While one goat was lost in the incident, Adrián was thankful that no further casualties occurred and grateful to the brave dog that protected his livelihood. He later told Rodrigo that no other puma attacks occurred for the rest of the season. 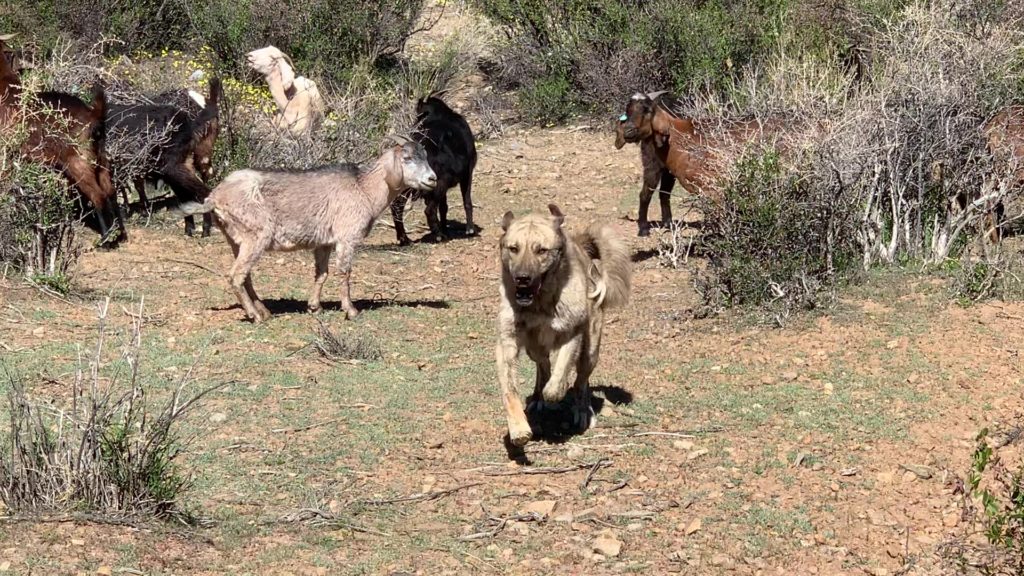 Correcampo keeps a watchful eye on Adrián’s goats after months of rigorous training to protect the herd.

Stories like Correcampo’s give Rodrigo Villalobos hope that deadly human-wildlife conflict can be prevented by AGA’s effective strategies. After seeing success in Chile, AGA introduced the Conflict Mitigation Program to farmers in Argentina in 2018, launched it in Peru earlier this year, and plan to continue its expansion. There are fewer livestock predation events reported by farmers, grazing areas are safer for herds, and retaliatory killings of Andean cats and other predators are decreasing in participating areas. Guard dogs like Correcampo prove that deploying the right measures can foster peaceful coexistence between humans and wildlife.