Tulgazana Darikhuu perched on a rocky outcrop, scanning the ridges for movement. His sheep milled about below him as he sat frozen and unblinking. It had been days since he saw any snow leopards while shepherding his flock in the mountains of Mongolia, and now that he was ready to capture footage of the elusive big cats, they were nowhere to be found. He shifted his legs, finding new comfort against the rocks as he settled in for the long haul.

As a former journalist for his local newspaper, Tulgazana knows the value of a good story when it comes to winning public attention. He now makes a living as a sheep and goat herder, supporting his family in their home in the Umnugobi Province, but his eye for story remains sharp even in retirement. When Tulgazana first began noticing his snow leopard neighbors while out herding, inspiration struck. 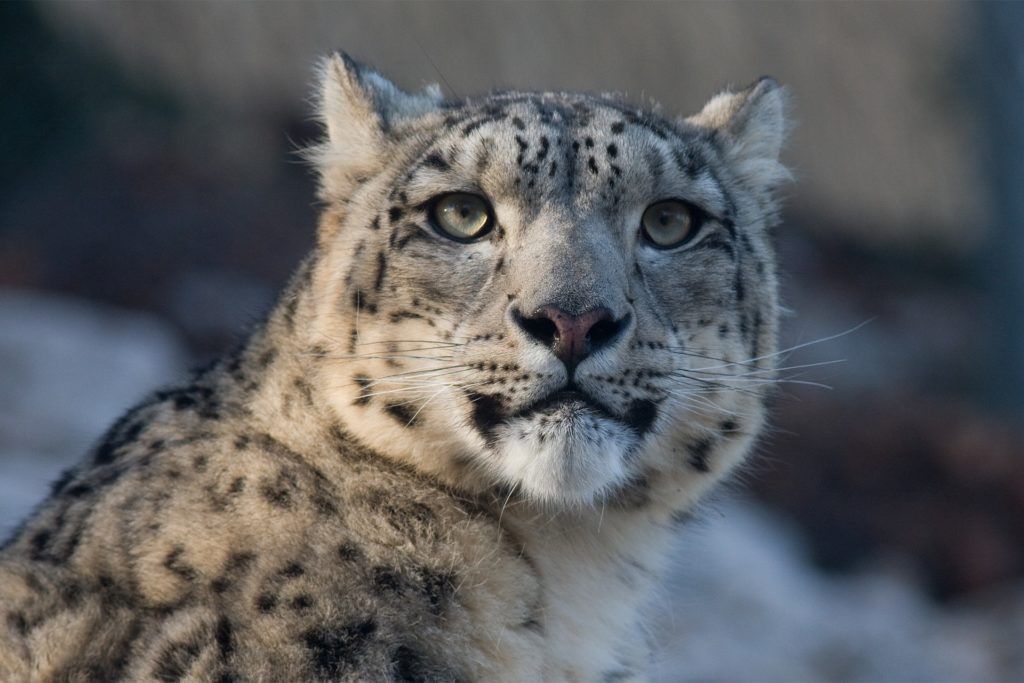 Snow leopards are a rare sight in the mountains of Central Asia.

He reached out to a Mongolian shaman and member of Land of Snow Leopard (LOSL), an alliance of local leaders and traditional elders that the Snow Leopard Conservancy (SLC) helped found in the heart of snow leopard habitat. LOSL and their indigenous cultural practitioners work with conservationists to protect snow leopards in Central Asia. The snow leopard is an important spiritual and cultural totem animal for many local communities; SLC and LOSL merge appreciation for cultural and biological diversity, conserving snow leopards as an act of preserving cultural heritage, and in so doing, give everyone a stake in protecting this endangered feline.

Tulgazana became enamored with snow leopards after seeing one long ago, and now that he was encountering wild snow leopards near his home, he saw an opportunity to share his passion with the world. What he lacked, however, was the means to capture these glimpses of the big cat. Having no spare money at hand, Tulgazana sold his motorcycle and bought a new camera to take with him into the mountains. 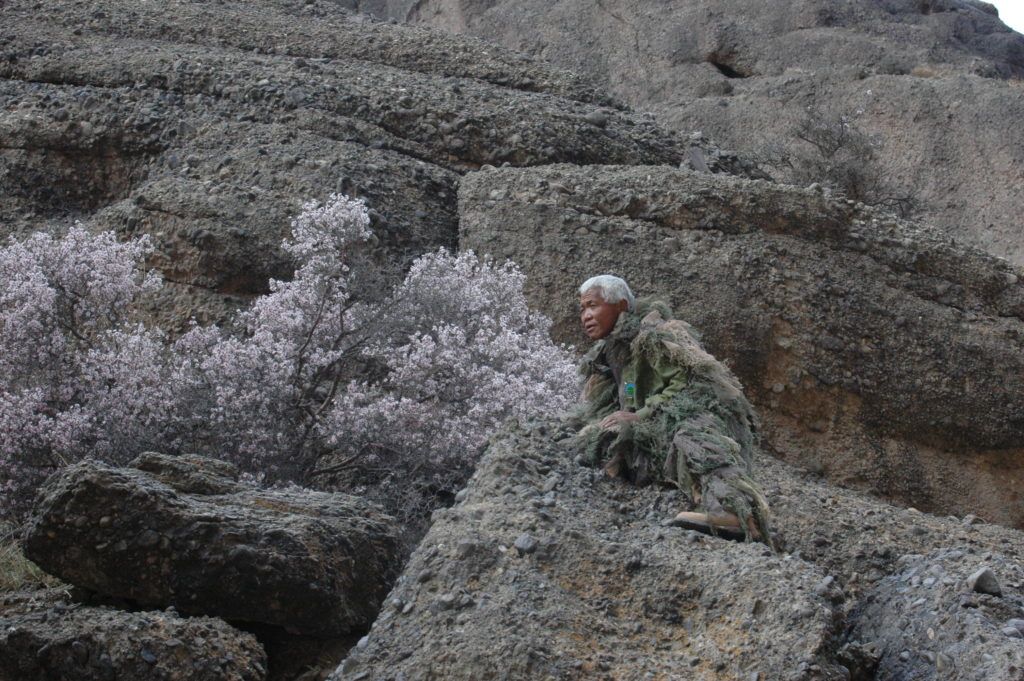 Tulgazana in his camouflage suit searching for snow leopards.

But as any member of SLC will tell you, sightings of snow leopards are truly special because they are so rare. Between 4,500-7,500 snow leopards remain in the wild, but even that estimate is not definitive; they are so rarely seen that scientists have difficulty determining population densities. Tulgazana knew he had to boost his chances of documenting the nearby cats without scaring them away.

For a stealthier approach, Tulgazana started wearing a camouflage suit whenever taking his herds out to graze. His wife fashioned the suit together out of old cloth and rags, and designed it to blend into the bushy foliage scattered along the rocks. Tulgazana spent days imitating the scenery, keeping one eye on his flock and another on the high ridges that snow leopards sometimes frequented. Finally, camera in hand, the day came when Tulgazana’s patience paid off. 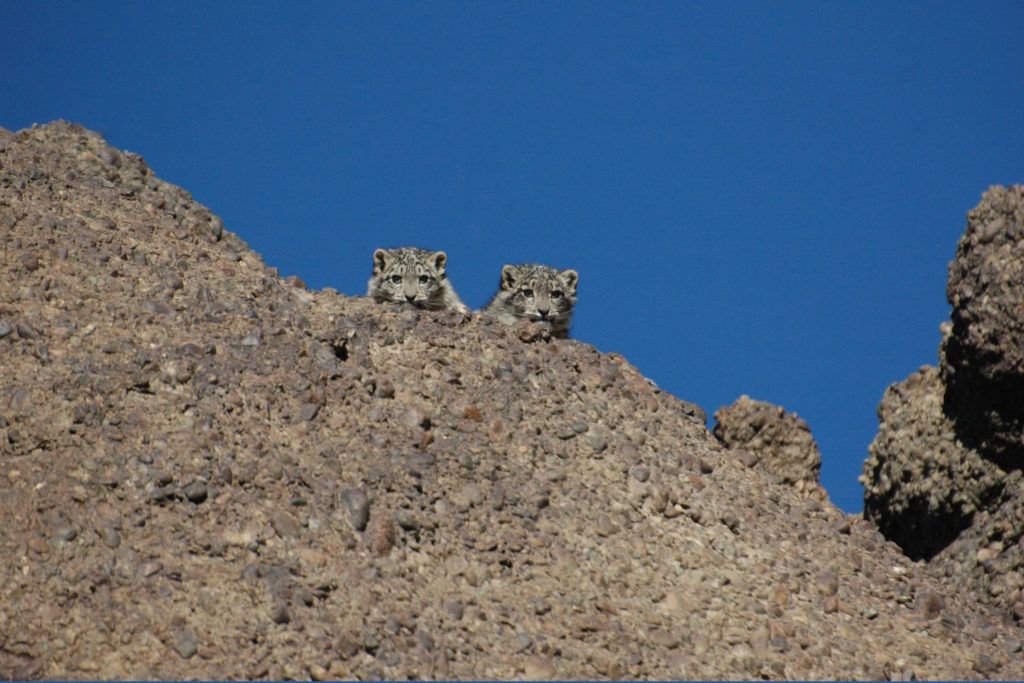 From over the lip of the mountain, two tiny snow leopard heads peeked down at Tulgazana. While waiting for their mother to return, these cubs took an interest in the strange bush with white hair looking up at them. It was a moment that Tulgazana couldn’t put into words, and he was grateful to have his camera there to do the talking. He captured the stunning image of the young cubs, presenting it at an LOSL event. It received tremendous excitement from the crowd and SLC even displayed this photo on the cover of their 2019 Annual Report.

Stories like Tulgazana’s highlight how pastoral communities can take an active role in conservation and help the rest of us understand the sacred role that wildlife can have in traditional beliefs. His admiration for snow leopards inspired him to take a photo that truly captures the wonder and beauty of this rare species, a photo that he and SLC can use to capture the attention of people around the world and convey the significance of snow leopard conservation.